In 2014 we first wrote a piece on VPN myths, I Am Anonymous When I Use a VPN – 10 Myths Debunked, which wound up being hugely popular. We updated this content in 2015, and in the years since have seen several other similar articles circulating online. Since the topic is still of interest, we decide to make a “part 2” to address some new VPN myths in the marketplace, as well as revisit some that are still relevant – including our original myth regarding the false promise of anonymity. 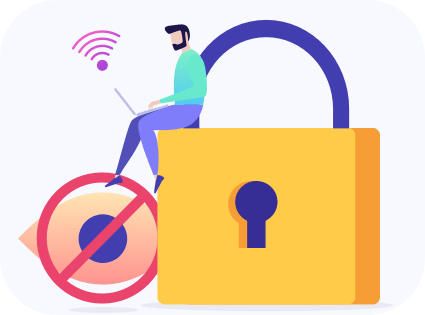 Reality: Total anonymity is impossible, but privacy is a realistic goal.

The original myth we wrote about was the common misconception that a VPN can make you anonymous online. In fact, anonymity is a false promise. It simply isn’t possible to be anonymous online, no matter how hard you try. This has always been true, and in recent years remaining private online has become even more difficult, reenforcing the idea that anonymity is not possible.

“It’s much harder to be anonymous than it was 20 years ago, at least from the biggest companies and the government,” says Peter Swire, professor of law and ethics at Georgia Institute of Technology, and who served on US President Barack Obama’s Review Group on Intelligence and Communications Technology. - BBC

There is so much tracking going on behind the scenes, from widespread governmental surveillance to increasingly invasive advertising and tech tools, that leaving zero trace online is not possible. You will always leave a clue as to your identity, even if a tiny one.

Although anonymity is not possible privacy is, and privacy is a much more realistic goal. A VPN is an excellent tool to protect your privacy online, and a tool we recommend that all internet users employ each time they connect. A VPN encrypts your internet connection to secure it, as well as changes your IP address. This allows you to hide your location and keep snoops and eavesdroppers from seeing what you’re doing, even if they intercept your connection. Encryption prevents your internet service provider, not to mention the government, from seeing what sites you visit, how long you’re there and a variety of other details. To learn more about what a VPN can protect you from, check out our article: What is a VPN?

Reality: A VPN should be used every time you connect to the internet, both at home and on the go.

There is a common misconception that a VPN is only needed while using a public network, such as a wi-fi network at a coffee shop. But a VPN should be used every single time you connect to the internet. Although public wi-fi networks are often unsecured and thus especially risky, your very own home network still poses threats to your privacy. While your home network should be more secure from outside parties (we’re talking about that hacker at Starbucks, or your local boutique peeking at what you’re doing while in their shop), there are different threats at home. Your internet service provider (ISP) can see everything you do online, from what sites you visit to how long you stay there. More than that, they are likely collecting information about you and your online habits. They may be using this information to determine how to treat your traffic or if they want to slow your connection, or they may be selling it to advertisers. As homes become more connected there are also all sorts of IoT devices that introduce threats – devices we may not even think about like baby monitors – which can provide a gateway into your home. Using a VPN on your router is a good way to protect all your devices and eliminate this risk.

Additionally, there are many reasons why to use a VPN aside from privacy and security. A VPN can be used to bypass censorship, stream without restrictions, share files and more! 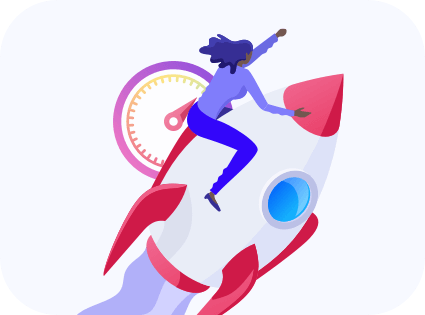 Myth 3: A VPN Will Slow Down My Connection Too Much

Reality: While it’s true that a VPN can slow your connection, in most cases the impact is minimal. Additionally, in some instances a VPN can actually speed things up.

While it is true that VPNs slow your speed down due to the additional layer of encryption, it is often not a serious or even noticeable impact. The amount of slowing is also dependent on how slow (or fast) your internet is without a VPN, as well as what server location and protocol you select and even the device you’re using.

VPN technology has certainly come a long way, and you can take steps to make any impacts to speed negligible. You can select a faster server location to get a better speed, and many providers (including VyprVPN) offer features to automatically identify the fastest server available. Speed is also greatly impacted by protocols, and the state-of-the-art WireGuard® protocol offers lightning-fast speeds barely different than a non-VPN connection.

It’s also true that a VPN can actually speed up your connection. At times, your internet service provider may choose to slow you down, or throttle you, based upon your internet activity. This occurs most often when your provider monitors what you are doing and determines you are using up too much bandwidth. They may then choose to slow you down intentionally (although we feel strongly this should not be allowed). When you encrypt your connection with a VPN, your provider is unable to see what you’re doing online and thus cannot intentionally throttle based on your activity. In these instances a VPN will actually improve your streaming speed. 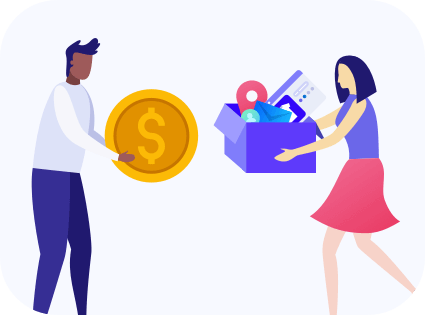 Reality: Not all VPNs are created equal, and when it comes to privacy products the “price of free” is even greater.

Free is, well, free, and as such can be an appealing option when looking for a product. But, when it comes to VPNs (and many other things) free solutions are often not the best ones despite their savings. As the adage goes, “if it’s free, you are the product,” and this certainly applies in the VPN industry. Not all VPNs are created equal, and free VPNs aren't only of lower quality - meaning you get less features and worse performance - but free VPNs can also be dangerous.

In July of 2020, 7 VPN free providers that claimed not to log user data were found to be logging data. Based out of Hong Kong, UFO VPN and 6 VPNs affiliated with it were found to be keeping logs on their users, despite claims to the contrary. - CNet

Most people choose to use a VPN to protect their privacy and safeguard personal data and information. However, when you use a free VPN it’s likely the provider is monitoring your activity through their servers. The free product is almost undoubtably collecting and storing data about you; in other words collecting the information you were aiming to protect. Even worse, it is likely they are selling it to outside parties for a profit. 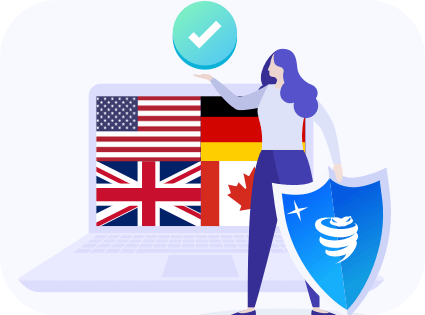 Myth 5: VPNs Are Only Needed in Repressive Countries

Reality: While bypassing censorship is one major benefit of a VPN, VPNs should be used in more places than just restricted countries.

A VPN is a great tool for censored regions, as it’s effective in bypassing even the strongest censorship and internet manipulation imparted by governments. If you do not live in a highly-censored region, though, a VPN can still be useful. Did you know many countries you may not consider to be repressive also censor their internet? More countries than you think impart censorship in some form, whether that is blocking sites, filtering content, periodically shutting down social media or anything else!

Even if you live somewhere like America, it is possible that organizations such as the NSA are spying on you. In fact, it’s likely. VyprVPN was actually founded in response to this type of surveillance and using a VPN will combat from any invasions of privacy. 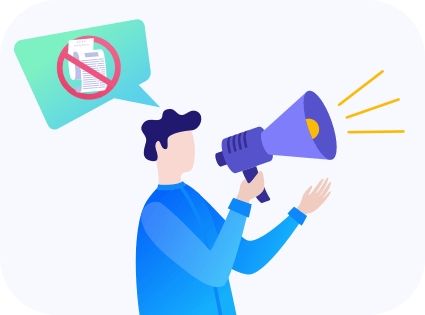 Myth 6: All VPN Providers are Trustworthy Because they Offer a Privacy Product

Reality: Oftentimes, marketing messaging is misleading and does not accurately reflect a company’s practices or what’s happening behind the scenes on their services.

Unfortunately, many providers are known to take advantage of the fact they have access to users’ private information and data. While some messaging is an exaggeration or overgeneralization of a concept to the point it’s inaccurate, in other cases messaging is outright false or a lie. We’ve seen many providers make bold claims, especially surrounding their logging policies, only to have the truth come out later.

VPN provider PureVPN claimed to be a “zero log” provider, but was in fact caught logging customer data for the FBI.

IPVanish also claimed to be “no logs” but then collected logs and provided the data to the FBI.

Provider HideMyAss, who has long made strong claims of offering anonymity, provided logs to US authorities for an alleged hacking case.

When it comes to your private information, a false or inaccurate marketing claim can have serious consequences. 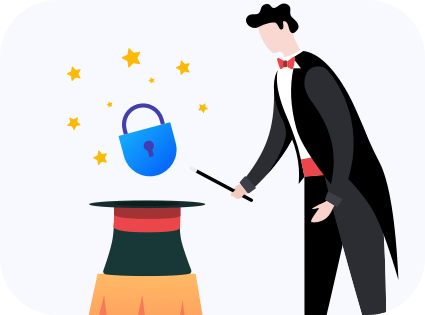 Reality: A VPN cannot solve every single online security issue out there (although we wish it could). There is no magic tool to do this.

A VPN can accomplish a lot, but it’s not a magical cure-all. While it greatly increases privacy and secures your connection, there are some things a VPN simply, technically cannot do.

To reinforce our point above, any company claiming a VPN as a cure-all is likely exaggerating at very least and you should think twice before trusting them. 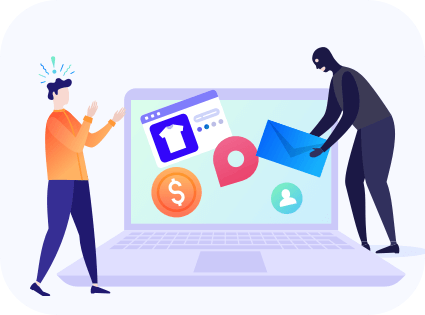 Reality: These days, hackers will target just about anyone.

Cyberattacks and threats are on the rise around the world, with one company reporting a 600% increase in cyberattacks this past year in the in the wake of the Covid-19 pandemic. This means you may be at risk no matter who you are and no matter what you do. Cyberattacks aren’t just reserved for big businesses or famous people; these days, most any internet user is a potential target. Even if you are not the victim of a targeted hack, there are a variety of threats to your privacy you should be aware of, as we explored above. 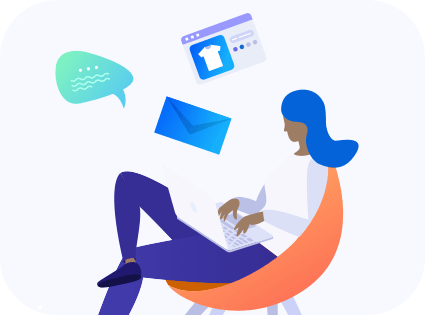 Myth 9: Only Criminals Use VPNs

Reality: A VPN is not a tool for those doing something wrong. It has many benefits for everyday internet users.

VPNs are often associated with people who want to hide something or conduct questionable behavior online without getting caught. Like so many of our myths, this couldn’t be farther from the truth! VPNs are important tools for internet users of all sorts, and from the beginning we’ve always asserted the right to privacy and that everyone has a right to privacy, even if they have nothing to hide. While VPNs can be used to mask location and conceal illegal or unsavory activities online, the vast majority of users employ them for positive purposes including:

One study conducted by VPN Mentor showed that only 12% of all VPN users admitted to hiding activity on the dark web; the vast minority of people using a VPN in an attempt to hide. 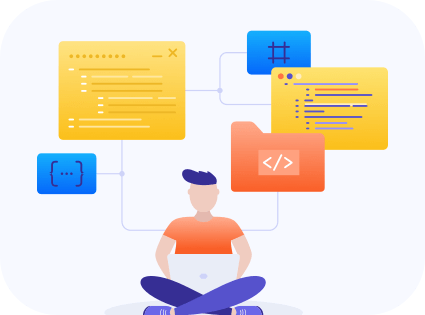 Myth 10: Only Tech People Use VPNs

Reality: These days, VPNs are common tools employed by everyday internet users and are very easy to set up and use.

Although VPNs may have originally started as a tool for the tech-inclined, these days VPNs are used - and should be used - by everyday internet users like you and me! VPNs have evolved a lot over the years, and they no longer require complicated or highly technical configuration. In fact quite the opposite; many VPN apps are extremely simple to use. VyprVPN allows you to connect in a single click after downloading the application. And, as we explored in several of the myths above, VPNs have benefits for all internet users across a wide variety of uses.

As you can see, no matter what you want to do, VPNs really work! Ready to give a VPN a try now that you know the truth? Get the trusted, no-log protection of VyprVPN and see for yourself.